Today we would like to suggest two must see Tuscan locations for summer 2019: Viareggio or Forte dei Marmi, which one should you choose? Both! The distance that separates them is really short and the opportunity to visit them allows you to enjoy two beautiful beaches of Versilia which are fit every need and where one can have tons of fun.

Viareggio or Forte dei Marmi? The choice is up to you!

Every year, two top Tuscan resorts compete against each other for those tourists who are undecided. They don’t know whether Viareggio or Forte dei Marmi should be the choice for their summer holidays. Don't worry, whatever you decide, Versilia never disappoints!

The north-western coast of Tuscany that hosts Viareggio and Forte dei Marmi, or the long and sandy stretch of Versilia located in the province of Lucca, includes some of the most beautiful and well-equipped tourist destinations in the region. The falls of Camaiore and the coastal plain are also found here.

The tourist vocation of this riviera is historical, as are the exclusive "baths" equipped with all the comforts. The nightlife has really made an impact on the history of this stretch of Tuscany, thus consecrating it the home of nightlife par excellence. Whether you choose Viareggio or Forte dei Marmi, therefore, good times are guaranteed!

Viareggio, the "Pearl of the Tyrrhenian”

Also known as the "Pearl of the Tyrrhenian Sea", Viareggio is one of the most popular Tuscan destinations for beach tourism. It is also known for its floriculture and its historical Carnival. The city is home to important awards and events that take place even in summer which cheer up the evenings of the vacationers who in addition to relaxation and fun, look for cultural events related to music and art in general.

Viareggio is one of the most sought after Tuscan resorts of the summer. With its 10 km of sandy shore, it is fully equipped with every service and populated by around a hundred bathing establishments. 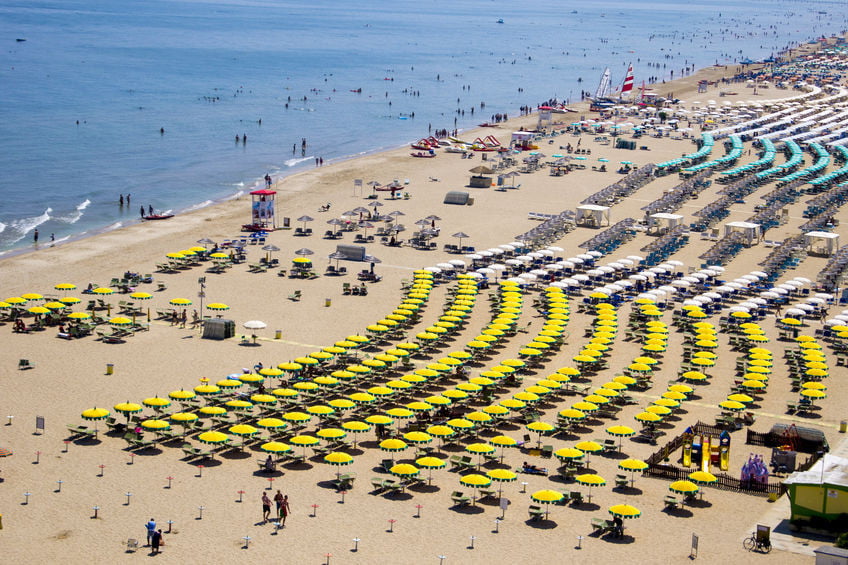 The nineteenth-century Bagno Balena located on the waterfront is one of the buildings that best represents the Liberty style which architect Alfredo Belluomini used to redesign many  of the buildings in the city in the 1920s. The qualities include: a triumphal entrance, a serrated ring and a vaulted botte present the beautiful geometric decorations of Galileo Chini.

A trip to the Viareggio Carnival Museum and the citadel that houses the workshop and sheds are also visit worthy. The float craftsmen work all year round to realize their amazing mechanical creations.

Forte dei Marmi and the nightlife

When making a choice between Viareggio or Forte dei Marmi which are both two of the most popular seaside resorts on the Tyrrhenian Sea, you must consider that the second one is the undisputed symbol of VIP nightlife. It is a destination that has been historically appreciated by princes, industrialists, sportsmen and famous people from all over the world.

Who has not heard of "La Capannina” which is the legendary nightclub of Franceschi - a must -see of the 60s and 70s? The disco which is open all year round, hosts exclusive events in summer. The restaurant has the distinction of having the oldest dance floor in the world and has never changed its name since it opened.

Forte dei Marmi owes its name to the defensive fort located in the city center and to the marble which took the path of the sea from its piers.

The Fortino -  a true symbol of the city - dates back to the 18th century and houses the Museo della Satira e della Caricatura. This is one of the most important museums of its kind in the world. Many important temporary exhibitions are set up on the ground floor today.

The loading dock which is 300 meters from the coast, is testimony to the long history that links the city to the marble:  it is used to embark the large blocks that are transported all over the world.  Today it is a tourist destination and a stop for the local ferry that goes back and forth from Cinque Terre. 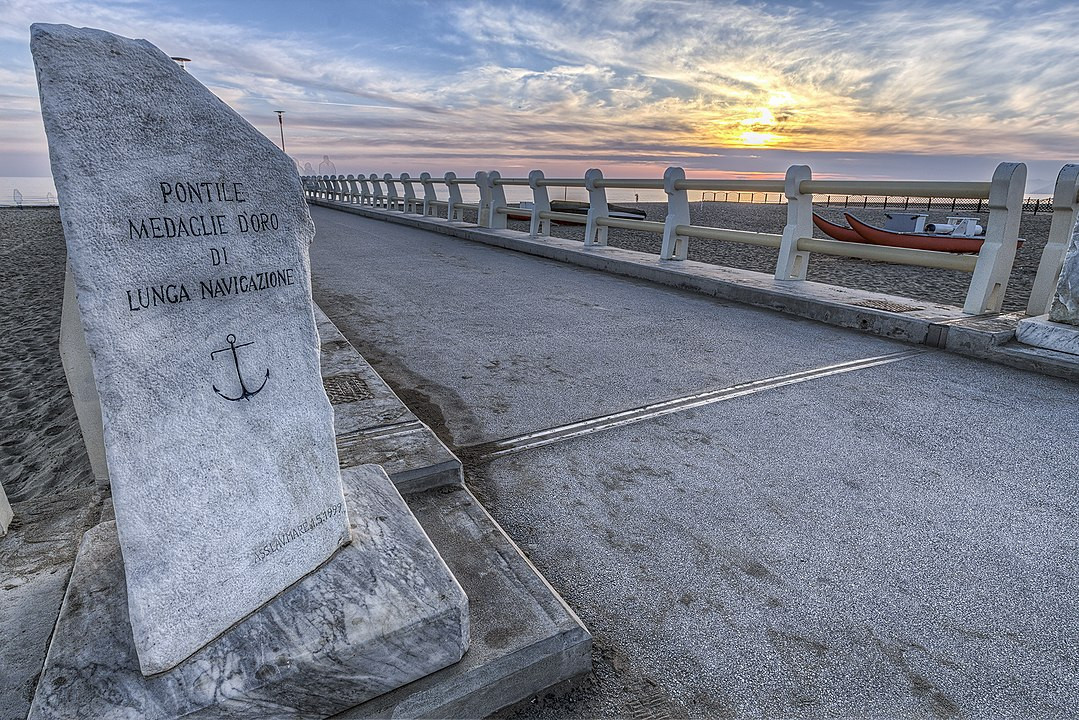 From Viareggio to Forte dei Marmi and vice versa: Versilia by bike

For those who really can't decide between Viareggio or Forte dei Marmi, we recommend visiting both and to do so by planning a wonderful itinerary on the Versilia waterfront by bicycle which is pleasant even in the winter.

The long bike path that leads from Forte dei Marmi to Viareggio, and passing through Marina di Pietrasanta, is in fact an excellent solution to visit both destinations and appreciate the entire stretch of coast that connects them.  Along the route it is highly recommended that you make a stop at the Birthplace of Giosuè Carducci where you can still find memorabilia and memories of the poet, and at the Giacomo Puccini Villa Museum, which preserves the piano, clothes and photographs of the master. These two stops can be particularly appreciated during a guided tour which is available. The journey is 21 km long by bike and can be completed in approximately 3 and a half hours whilepedaling through beautiful tree-lined paths and along the seafront.

Viareggio (Italian pronunciation: [viaˈreddʒo]) is a city and comune in northern Tuscany, Italy, on the coast of the Tyrrhenian Sea. With a population of over...