A concentration of naturalistic, historical and traditional beauties: discover what to see in Albania - a land that is to be explored! It will definitely be a unique trip that will extinguish the many clichés about desti-nations and cities of ancient charm: we will reveal what to see in Tirana and in Durres on a vacation.

Places to visit in Albania -  the Land of the Eagles

Let's embark for this journey together that will leave you amazed and which will have the power to extin-guish the many clichés about this land of ancient charm which has an open dialogue with the contempora-ry and is extremely young. This brief guide regarding what to see in Albania and in its main cities -  Tirana and Durre - will be the starting point for planning a journey like never before!

What are the advantages of taking a vacation in Albania? Many. Let’s begin with the fact that Albania is still considered a tourist destination for a few.  Those who are in a hurry to take a tour of it far and wide while choosing the places that are suggested by us, will find a country that is still authentic and unconta-minated by external fashions but open to new developments and new generations. The costs are still ve-ry contained: you can stay and eat by spending very little.

What to see in Tirana

The capital of Albania will amaze you at first sight! It is on the verge of exploding and becoming a new Eu-ropean tourist destination.  It reveals an immature facade consisting of contradictions and many unknown places and panoramas to visit. Let's find out what to see in Tirana!

The city which is suspended between tradition and modernism, must be fully lived in order to discover its most authentic soul. If this is your first trip to Albania, we recommend that you spend a few days explo-ring this particular capital.

The tour of Tirana includes large squares, fashionable clubs, museums and cultural centers which must be sought out in a very different context from other European capitals. Let's start with Piazza Skanderbeg which is the cultural and political heart of Albania and is now completely renovated: it has a large white esplanade appearance and is rich with fountains and green corners. 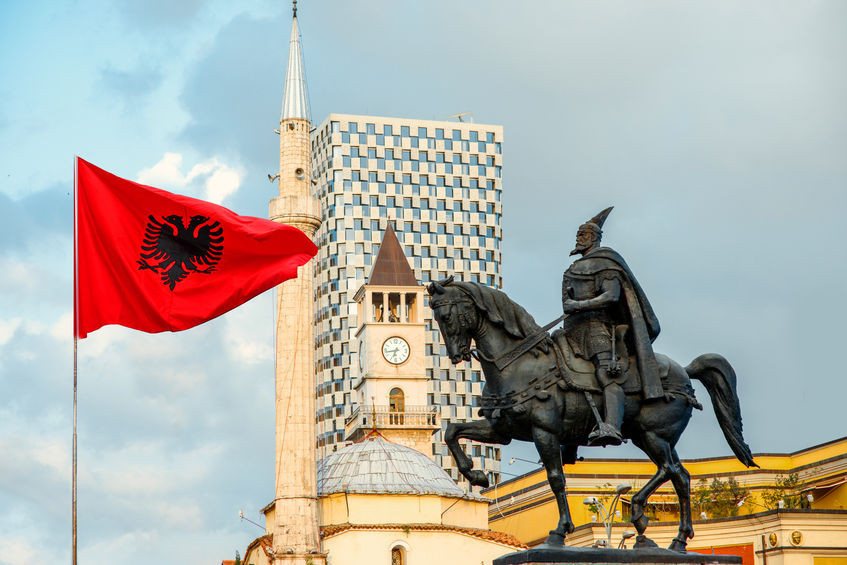 A few meters away from the statue of the national hero Skanderbeg, you will come accross the city's main mosque -  Xhamia e Et'hem Beut which is one of the symbols of the revival of religious freedoms. Inside, it is possible to admire a beautiful cycle of frescoes, as well as on the external walls of the portico that were executed by Venetian craftsmen. Near the mosque stands the Clock Tower that was built in 1822 by Haxhi Et`hem Bey.

If you decide to climb to the top of the bell tower you must climb 90 steps to reach the height of 35 me-ters but once you arrive, you can enjoy a beautiful view from the top. Access to the top of the tower is free and is ideal for capturing a shot of the entire square from above.

Also in Piazza Skanderbeg you will find the National Historical Museum (Muzeu Historik Kombëtar), that stands out with its mosaic facade which makes a great impact: it is an example of socialist realism and it represents the eternal struggle of the Albanian people in defense of their freedom. Inside you will come accross a display of images and memorabilia that traces the history of Albania from its origins to present day.

What is there to see in Tirana amongst the modern and the contemporary? The elegant Palaces of Mini-stries offers the best example of rationalist architecture of the 1920s and 1930s, alternated with neoclas-sical buildings such as: the National Theater, the Puppet Theater and the headquarters of the National Bank. We suggest that you to walk through the streets of the center so as not to miss the beauty of this elegant area of the city. Towards Bulevardi Zhan D’Ark, you will find the famous Ponte dei Conciatori (Ura and Ta-bakeve) and the ancient Ottoman bridge over the river Lana which dates back to the 18th century.

From the riverfront, the walk continues into the park which is surrounded by houses and buildings that are brightly and vividly colored. You will then reach the Blloku district (the Block) which is considered the party neighbourhood in the south of Tirana that is full of youth and nightlife. On the left, you will see the impressive Pyramid of Tirana: it was originally a museum celebrating the regime that was designed in 1988 by the daughter of the communist leader Enver Hoxha. Today, although decadent, it is not without its controversial charm.

Another interesting contemporary project is the Bunk'Art which refers to the redevelopment of the old anti-nuclear bunkers. The desire of Enver Hoxha for this project was for it to take place in the narrow and lengthy location of the underground galleries and exploit these locations as the place to house the collec-tions of objects, videos, photographs, weapons and memorabilia used by Segurimi (the government poli-ce).

Nearby, a visit to the Orthodox Cathedral of the Resurrection of Christ (Ngjallja and Krishtit) is worth your time, It was built on the ruins of the previous cathedral and destroyed by the communist regime. It was completed in 2011 and  is the third largest Orthodox cathedral in Europe, impressive both outside and in-side.

What should you see in Tirana before leaving? A more relaxing cross-section of city life: beyond the hill of Piazza Madre Teresa and to the extreme south of the city,  Parku i Madh Kodrat is on the shores of Lake Liqenit.  It is the ideal place to relax and watch various artistic and sporting events.

What to see in Durres

If you decide to organize a trip to Albania, Durres is a must-see.

Whether you decide to reach Albania by ferry or by car, Durres is the main hub of the country along the coast. What should you see in Durrës during your stay?

Durres is definitely worth the trip, above all, to breathe in the atmosphere: here one can appreciates the most important segment of urban Albania.

The Roman Amphitheater is the best testimony of the glorious imperial past of the city of Durres: in this location, the battles of the gladiators were fought until the 4th century and guaranteed a capacity of 20 thousand people.

Inside, you can visit the underground corridors, a baptismal font and an early Christian chapel that dated back to the 4th century. 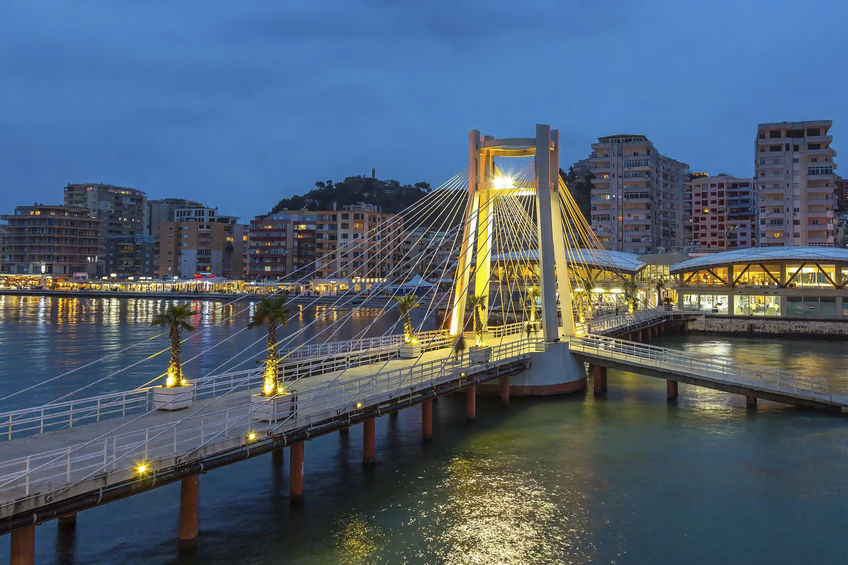 Do not miss the remains of the Byzantine Castle, the Venetian Tower, the ancient mosque of the 1500s and the Great Mosque that was built in the early 1900s on a rise in front of a large square.

The Durres seafront is the fulcrum of the city nightlife and is very lively and should not to be missed.