What does travelling to Perugia mean? Etruscan art, Roman influence, medieval culture, Renaissance art, the cradle of many artists, the home of chocolate, jazz and great historical events: these are just some of the faces that this welcoming city demonstrates to those who decide to visit it. Let's find out more about these faces by taking a trip to Perugia that will take us on a tour through history, culture, and art which are all typical of that area!

The ancient soul of a contemporary city

Perugia is a city that is rich in art history and monuments. Its historical center is situated on a ridge of hills which form an acropolis with five medieval villages. It is accessible through five gates. Each district revolves around a main street from which a dense network of alleyways unfolds.

Our trip to Perugia starts from the medieval streets of the center.  Along these passages, one feels the lively feeling of being able to meet a knight harnessed armor, a monk wrapped in the mystery of the habit, or groups of women who are in a hurry to do laundry with each and every step. This is because taking a trip to Perugia is a journey through time.

It’s not just a trip through the past, though! The oldest age of the city dates Back to medieval times, which in turn overlaps to recent times and develops into a cultural and multi-ethnic ferment featuring great events that have always made it feel alive.

We can enter the historic center through the walls that embrace it in a double circle: the first one - which is the innermost - is of Etruscan origin and was erected between the 4th and 3rd centuries BC with large perfectly squared limestone blocks and preserves the only door left in its original location - the Etruscan Arch; the second one which is from the medieval era, was created between the 13th and 14th centuries.

Then we arrive to the heart of our trip to Perugia - a medieval old town with its 5 districts - among which convents, bell towers, basilicas, churches, oratories, chapels, noble palaces and terraced houses support each other in the alleys are found: the unmistakable urban layout of Perugia has adapted over the centuries to the complex morphology of a steep place. It is a suggestive setting for a cultural heritage that speaks for itself.

The great protagonists of this heritage are the churches, basilicas, oratories and monasteries which are each embellished both inside and outside by works of art which are considered among the most important in Italy.

Once we reach Piazza IV Novembre, you will find the majestic Fontana Maggiore in the center which is one of the most famous symbols of the city. Our trip to Perugia continues with a visit to some of the buildings that have made the history of the area. On the top of the list are surely Palazzo dei Priori and the Cathedral of San Lorenzo.

Once you enter Porta San Pietro you will find the Basilica of San Domenico and the Gothic complex in which the National Archaeological Museum of Umbria is housed. Porta Marzia leads us, instead, to the presence of the massive Rocca Paolina which was a symbol of papal power until the Unification of Italy.

Since 1983 the fortress has been crossed by a path of escalators that connect it to the base of the Etruscan-Roman acropolis (Piazza Partigiani) with its heart in Piazza Italia. This demonstrates how Perugia, in addition to keeping the authentic medieval atmosphere intact, has been able to take on the challenge of innovation as the first Italian city to use escalators to reach the center on foot from different points.

Art and artists from Perugia

Perugia is also the birthplace of some of the most important artists of the Middle Ages and the Italian Renaissance, therefore a trip to Perugia is an immersion of a world of beauty.

Perugino, Pinturicchio, Galeazzo Alessi, Vicenzo Danti, Gerardo Dottori, Raphael, Pietro Aretino, Piero della Francesca, Luca Signorelli, just to name a few of the giants who by birth or byadoption have made this city the core of their artistic education. We can also include the great mathematician and astronomer Ignazio Danti who revolutionized modern cartography and reformed the Julian calendar. 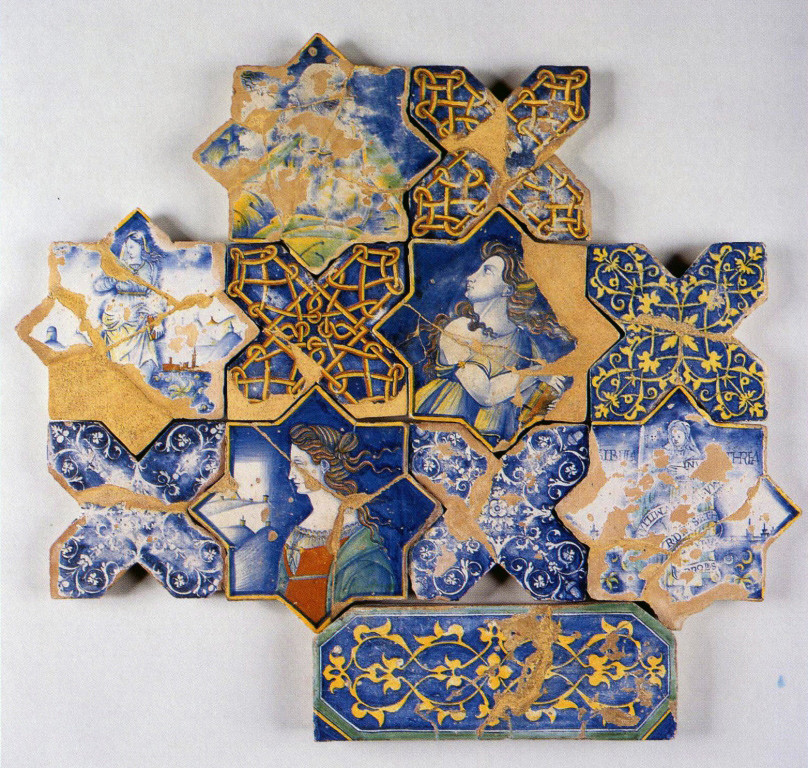 Most of the works related to the artists of the Umbrian territory can be admired at the Palazzo dei Priori which is home to the National Gallery of Umbria. Two of the greatest masterpieces above all? The Polyptych of Sant’Antonio by Piero della Francesca, and the Polyptych of San Domenico by Beato Angelico.

Planning a trip to Perugia in conjunction with its many cultural events that animate the city is one of the most inviting alternatives for those who love to combine this type of unique experience to their holiday.

Perugia is also the home to two important Italian universities - the historic Università degli Studi founded in 1308, and the Università per Stranieri which is the largest in Italy. Perugia is a location of culture par excellence.

Among the events that are worthy to attend during a trip to Perugia we find: "Umbria Jazz”, which is the the most important Italian event dedicated to lovers of the genre; “Eurochocolate" which is the European chocolate festival for those with a  sweet tooth; and the Perugia-Assisi Peace March which is held every two years.

Mid-July is the ideal time for a trip to Perugia for jazz lovers: it is in this period, in fact, that the city becomes an epicenter for musicians who come from all over the world and can find themselves in large theaters, small clubs, in the streets, and throughout the squares of this historical center for ten days.

Speaking of culture also means talking about "material culture", consisting of tradition and craftsmanship. In this case the Umbrian city and its delightful surroundings conquer us and our trip to Perugia becomes an experiential journey: dozens of shops which are still active today, are full of ancient crafts and the place where new creativity is practiced. Tradition and innovation are promoted in actual museum-laboratories such as: Giuditta Brozzetti's Hand Weaving Course, the Moretti Caselli Studio, the Stained Glass Artistic Museum-Laboratory and and Deruta Ceramics.

Perugia (Italian pronunciation: [peˈruːdʒa] ( ); (Latin: Perusia) is the capital city of the region of Umbria in central Italy, crossed by the river Tiber. The...