Located in the southern area of the Po Delta Regional Park, the city of Cervia is historically linked to the production of salt. A trip to Cervia, therefore, cannot exclude the discovery of this impor-tant local tradition with a visit to the Saline di Cervia - which is one of the oldest in Italy.

Cervia, also known as the "city of salt" in located in the Po Delta. This location can definitely boast its ancient tradition: its salt plants were probably already active during the Etruscan times, and may-be even during the Roman period. They constitute the most important link with this particular territory and its natural context, landscape and manufacturing in which they are immersed.

The Ecomuseum of Salt and the Sea

The first stop on our journey to Cervia, is where the salt plants are held at the center of a splendid visit that includes the Ecomuseum of Salt and the Sea: it is an immersive journey that discovers the relationship between man and the sea, and by the local economy which is absolutely identity-based.

Part of the itinerary includes a stop at the MUSA - The Salt Museum - the "Torre" Salt Warehouse - where it is still possible to admire original documents, old photographs, tools and a model that re-produces the salt plants, in addition to the “burchiella" which is the typical boat used to transport the mineral from the salt plants to the storage warehouses.

In the installation, you can see a bridge that crosses the geographical-territorial reproduction of the coast and the hinterland, focusing its attention on the territory and its relationship between salt mar-shes, cities and the sea. The large sail that dominates this space exhibits the typical colors of the Cervia navy to bear honor to those who interact with the sea as a source of life.

The salt, which is considered the white gold of Cervia, is the undisputed protagonist of this journey. It is laid out to include a delicate mix of nature, history, chemistry, work, memories and flavors. The central theme also consists of the experience of the salt workers who represent a focal point in the growth of the territory and of the city. This animated the various meeting places such as the market and the salt plants, while handing down this ancient craft of salt collection which is a true ritual.

The houses of the salt workers which are located in the perimeter of the city were designed by the architect Francesco Fontana: respectively from the north and south there were doors that permitted the exit and entrance to the city.  Meanwhile on the central street,13 larger houses were built with courtyards, stables, wood sheds, and warehouses.

The historical center, a mix between art and culture

The journey to Cervia continues with a walk throughout its historic center, which boasts numerous churches. Each of these structures has its own historical, artistic and traditional identity. Art lovers should definitely take a glance inside the Palazzo Comunale where it is possible to visit the perma-nent exhibition of works by Maceo Casadei.

The Cathedral of Cervia was built in 1699 by the designer Fontana. It has a simple façade made of stone, and is flanked by a bell tower. Inside you can admire six side chapels, each of which houses interesting works of art, such as the canvas depicting the patron saint of the city, San Paterniano, and a baptismal font from the 18th century.

The Pineta of Cervia

The green areas are the real treasure that are not to be missed on your journey to Cervia - a heritage which contains a the forest is the absolute protagonist and is also recounted by Dante and Byron:

an immense natural reserve in which flora and fauna reproduce in a luxuriant way thanks to the par-ticular territorial and climatic conditions. The Cervia Pinewood is thus populated by rare protected specimens and houses a treasure found within a treasure: the Butterfly House is a huge greenhouse that reproduces the climate and the vegetation of the great rain forests, and where hundreds of but-terflies fly freely.

The century-old pine forest, which has been a magnet for tourism for years, is also the background of the famous garden city of Milano Marittima which was built at the edge of the expanse in 1912. 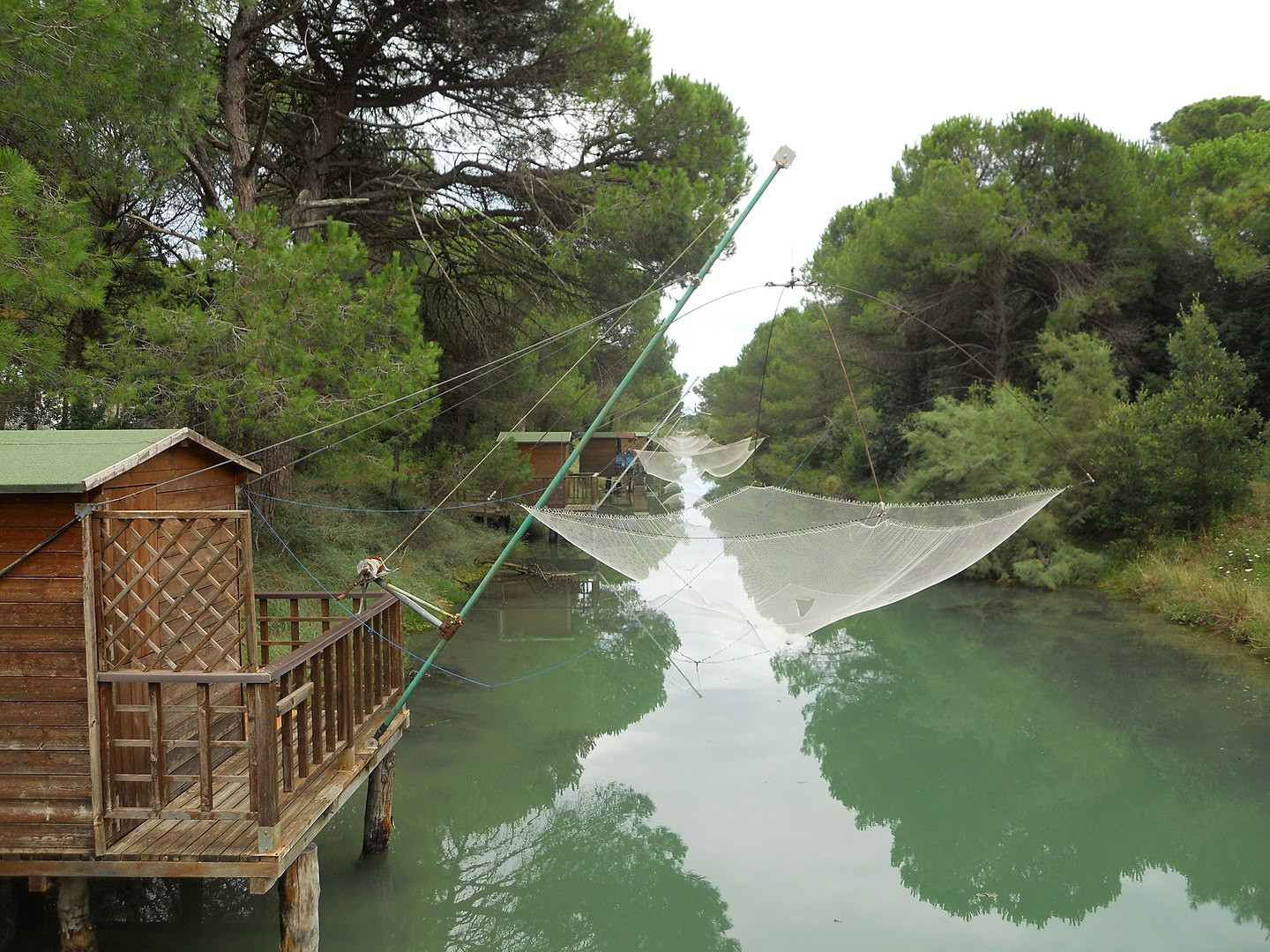 What to do in Cervia

The cultural and worldly aspects of this really vast city satisfies every tastes. A journey to Cervia is also a journey of well-being, where one can enjoy its renowned spas:

The Terme di Cervia which is a beautiful and modern facility offers a wide range of beauty and health treatments thanks to the extremely beneficial and curative salso-bromoidic waters.

The pine forest is the protagonist of numerous events, including the not-to-be-missed musical events of the "Pineta all'Imbrunire" festival: this event proposes listening to music in a totally natural set-ting. The other objective is to get to know the ancient and fragrant pine forest and become one with the environment when the animals that inhabit it prepare to spend the night.

What to eat in Cervia?

During your trip to Cervia it is absolutely fundamental to taste the typical recipes using its "White Gold” - the Salt of Cervia.

The sweet salt of Cervia which is also used in cosmetics, is the basis of some really delicious local di-shes. These include the renowned Sweet Salt Chocolate and fresh salt cheeses. You can also enjoy fish, Cervia honey, and wines such as the Cervia DOC.

How to reach Cervia

Organizing your trip to Cervia is really simple - whether you arrive by car or whether you prefer to use the train or the plane.

From the Northeast:
TakeS.S. 309 Romea up to Ravenna, continue on the S.S. 16 Adriatic towards Lidi Sud.

From the Central-South
Take the Highway E 45 and exit at Casemurate, continue towards Cervia.

How to arrive to Cervia by train
The railway station of reference is that of Cervia-Milano Marittima which is located on the Ferrara-Ravenna-Rimini line. Frequent connections allow you to reach all of the the main Italian and Euro-pean cities. About 20 km away, you will find the station of Cesena located on the Bologna-Ancona line.

How to arrive to Cervia by plane.
The closest airport to Cervia which is connected to the most important Italian and European cities is Bologna International Airport (km 90).

Located in the south of Delta Po Regional Park, Cervia is linked to salt production. The Cervia Salt Cellars were probably already in use in Etruscan period and...