If what you're looking for when thinking about about your next vacation is relaxation and well-being for the body and soul, a trip to Merano is just what the doctor ordered! Follow us as we take a trip through the top spas located in Italy and discover all of the benefits of theThermal Baths.

The Thermal Baths of Merano: the history of wellness

The thermal baths of Merano (in German Thermen Meran) is one of the most prestigious spa’s in Italy and among one of the oldest in Europe. This is also one of the main reasons to plan a trip to Merano and its surroundings.

It is located on the bank of the Passirio river. The thermal baths of Merano extend over an area of 8000 square meters, with 25 indoor and outdoor swimming pools and a park of about 50,000 square meters. Between the spa and the hotel you can find the "Piazza delle Terme" (Thermenplatz) which is a large space intended to host musical events and host various nightlife activities. This square connects the spa to the historical center of Merano.
The history of Merano’s thermal baths is identified to that of the city that has an advantageous mild climate which has always been suitable for patients suffering from various respiratory diseases.

After the break of spa tourism due to the outbreak of the First World War, a geologist discovered radon in the water that flows from Monte San Vigilio in 1933, thus making it possible to transform a simple health resort into a well-rounded spa containing: therapeutic applications with mud baths, whirlpools, inhalations and mineral water treatments, as well as baths in the large indoor pool. 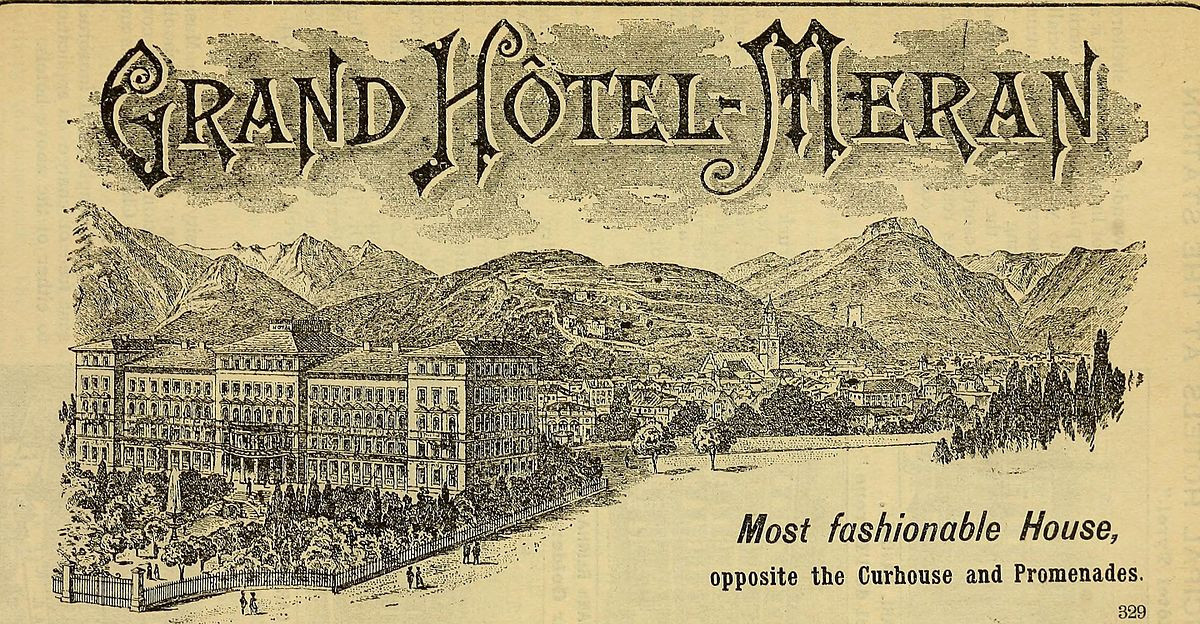 The thermal baths of Merano are a small angle of paradise that are famous throughout the world: they are located in a pristine landscape at the foot of the South Tyrolean Alps and right in the center you can find a spa known for its excellence for health and well-being that deserves to be seen. A trip to Merano is a must-do if you want to spend a holiday full of rest and relaxation in every season.

Merano is synonymous with wellness ... but not only!

There are endless possibilities to choose from to enjoy the beauties and services it offers in its renowned state-of-the-art facilities that are known throughout all of Europe.

Who do we recommend this trip to? To those who have the desire to switch off, relax and be lulled by the waters of different indoor and outdoor thermal pools. To those who want to alternate the warm atmosphere of the saunas with spa treatments. And lastly, to those whose desires include massages, personalized therapies, and so much more.

The benefits of these thermal pools are uncountable: If you suffer from joint pain to respiratory diseases, the thermal waters help the body to function better and strengthen the immune system. They also help to heal the body by involving the mind by providing beneficial relaxing atmospheres.

What are the greatest benefits that can be obtained from these treatments?

Without a doubt, the best known benefit is the fact that it’s a valid therapy for respiratory diseases: inhaling the vapors, in fact, combats sinusitis, otitis, but also asthma and bronchitis.

The anti-inflammatory function should not be underestimated: sodium bicarbonate and sulfur, which theses waters are rich with, are recommended for diseases of the osteoarticular system such as: arthrosis and cartilage problems. The thermal waters help purification and regularity, and prevent calculosis, for example. They are also beneficial to the functioning of the thyroid. One of the biggest benefits of spa treatments is a stronger immune defenses.

We would like to remind you that a trip to Merano, in addition to being beneficial to the body, is also good for the mind: going to the spa means disconnecting from your daily routine and allowing a few hours for relaxation that will guarantee you prolonged overall wellbeing.

Which are the ideal seasons to enjoy a trip to Merano with a good cost/benefit ratio? Our answer is both Autumn and spring. It is always important to keep an eye out for the various specials that the establishments offers during times of the year.

Those who plan a trip to Merano in the summer months instead, will find themselves immersed in the green oasis of the thermal park which includes the marvelous garden with many secular trees and the imposing peaks of the Tessa chain in the background.

The benefits Merano’s thermal baths last over time. They instill a general feeling of wellbeing and renewed energy that accompany us for a long time - even after we return to our everyday lives.

The Kurhaus of Merano

Considered a health resort since the 19th century, the city of Merano boasts an ancient tourist tradition: many illustrious guests have spent their holidays here including the Empress Sissi to the writers Franz Kafka and Gottfried Benn.

In 1912 the Merano Kurhaus was built by the architect Friedrich Ohmann. It is considered among the main tourist symbols of the city. Today it is home of numerous international events, including the "Merano Wine Festival" and the "Merano Music Weeks", as well as hosting the Theater in der Altstadt in a former former boiler room. Inside you can find a plaque that commemorates Andreas Hellrigl who was one of the most famous South Tyrolean chefs.

Ohmann - who was a Jugendstil architect - designed the rotunda and the great hall of the Kursaal according to the aura of that time, or rather as a creature - a total work of art - which led him to personally design even the interior decorations, the accessories and every single detail, including the silverware supplied with the structure.

The outbreak of the First World War prevented the execution of the grandiose project in its entirety. Today,this impressive building offers the space of thirteen rooms following a radical restoration in the 1980s which allows it to accommodate up to 1000 people. A visit to this please is definitely worthwhile during our trip to Merano. 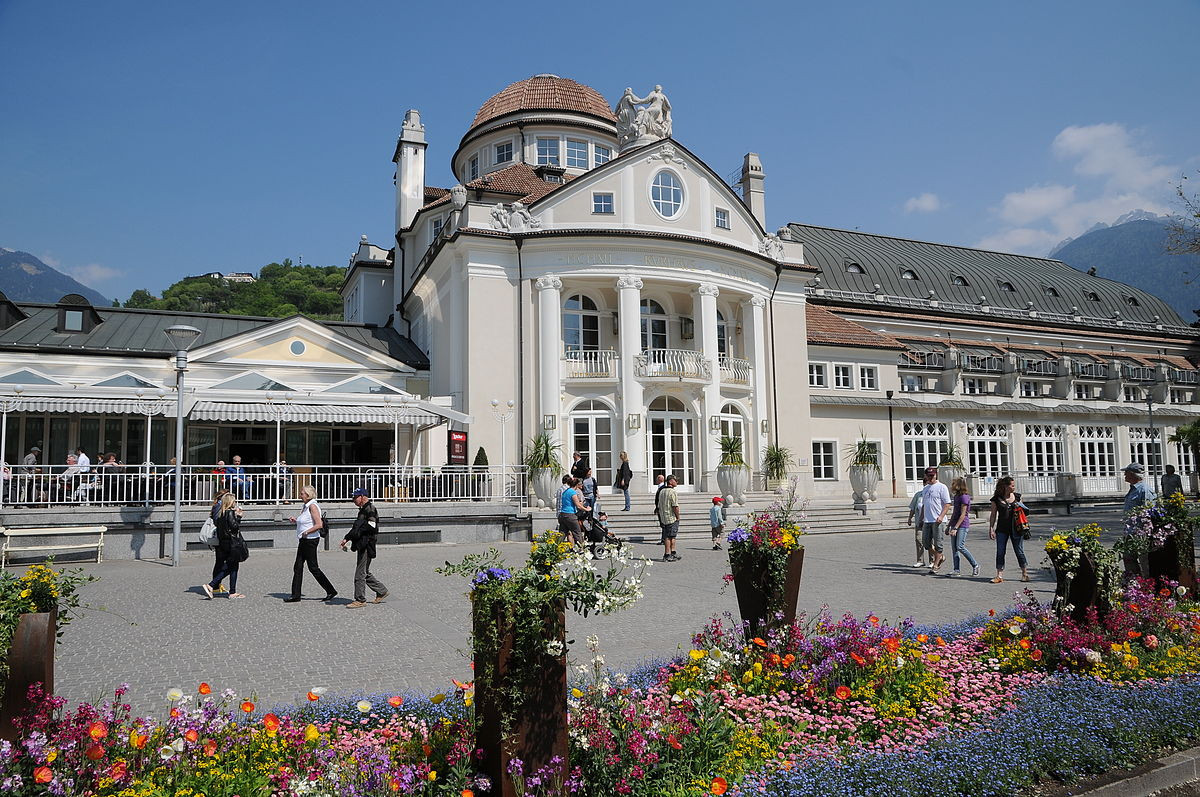 Not just spas: what to see during your trip to Merano

When physical well-being is also combined with beauty, history, and hospitality, then the entire vacation is transformed into a special, immersive experience that can be enjoyed alone or shared with those who accompany us.

The mild climate and the quiet atmosphere that surrounds this place makes it an ideal destination for quality tourism. At the beginning, it attracted a more mature age group, but over time it renewed itself and developed proposals and services that captured the attention of young people and of families with children.

A trip to Merano offers the possibility of combining thermal spa treatments with a series of visits and activities that satisfy all tastes. 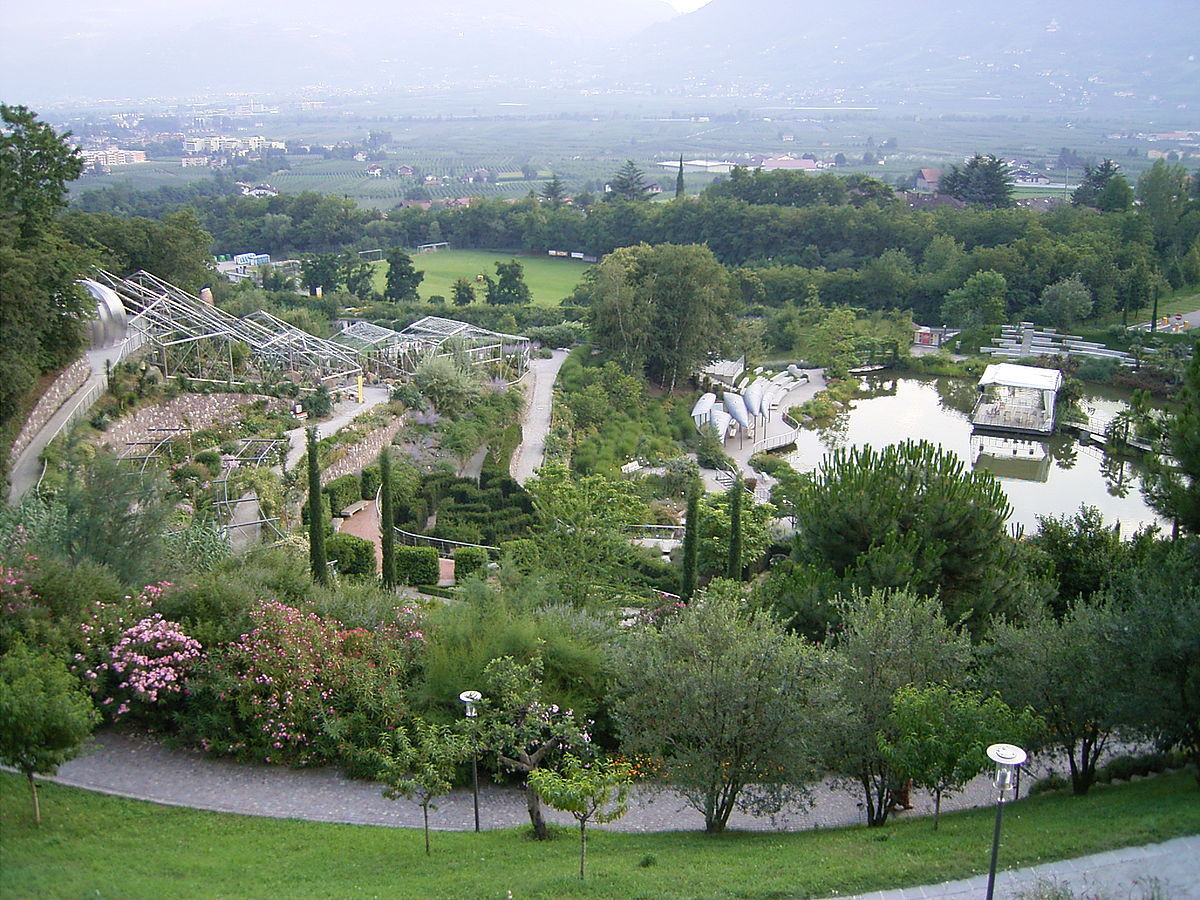 What must you see on your trip to Merano?

The history of these valleys is very ancient: in late antiquity the castrum maiense was developed here which was a fortified settlement located in the area starting from the fortress and ending at the current Castel San Zeno (Zenoberg).

San Valentino di Rezia was buried in the chapel (at the end of the 5th century) and San Corbiniano di Frisinga as well (around 730). Also from that glorious era, we recommend a visit to the imposing Ortenstein Tower which is commonly called "Pulverturm" or "powder keg" because it was used to store explosives starting in the 16th century.

In Merano we can also find the Provincial Museum of Tourism called “Touriseum" housed in the rooms of the Trauttmansdorff Castle. Attached you can find the wonderful Botanical Garden which is one of the most beautiful and cared for throughout all of Italy.

In Merano we can find a small Jewish community whose history can be appreciated by visiting the Jewish Museum and the Synagogue and the church dedicated to the Russian Orthodox cult within the Casa Borodine. It was completed in 1897 and designed by the architec Tobias Brenner.

Merano is located at the bottom of the valley, at the beginning of four important valleys: Val Venosta, Val Passiria, Val d'Adige and Val d'Ultimo. Considered as a...