This occurs while one remains in one of the most beautiful cities on the Sardinian coast - on the Coral Riviera. Between the sea, the ancient traditions and the culinary excellence, a holiday in Alghero is an experience that definitely leaves its mark.

Alghero, “The Little Barcelona" of Italy

Why is Alghero considered "The Little Barcelona"? Because the city is an Italian enclave of the Catalan language - a truly linguistic island where a large portion of its inhabitants express themselves in Catalan using the Algherese variant. It is now recognized as a minority language on an institutional level.

That's why taking a trip to Alghero is a bit like being catapulted to the center of Barcelona, represented on the territory by a delegation of the Generalitat de Catalunya, the regional government of Catalonia.

Just like Barcelona, Alghero is a small yet great cosmopolitan capital. It has a strong international tourist vocation and is among the most visited Italian cities by foreigners. This is also evident with the presence of an important School of the Italian Language for Foreigners.

Alghero is the capital of the Riviera del Corallo. It is called this way because it is the ideal habitat for the most valuable quality of Mediterranean Red Coral in its harbor, which in fact -  rightly so -stands out on the emblem of the city.  This economic resource is therefore considered a traditional and artistic economic engine of primary importance.

The trip to Alghero takes us to one of the few fortified cities that has kept much of its walls intact: the first system of fortification dates back to the 13th century and is of Genoese origin; in 1354 the entire defensive system was restored and expanded with the arrival of the Catalans. 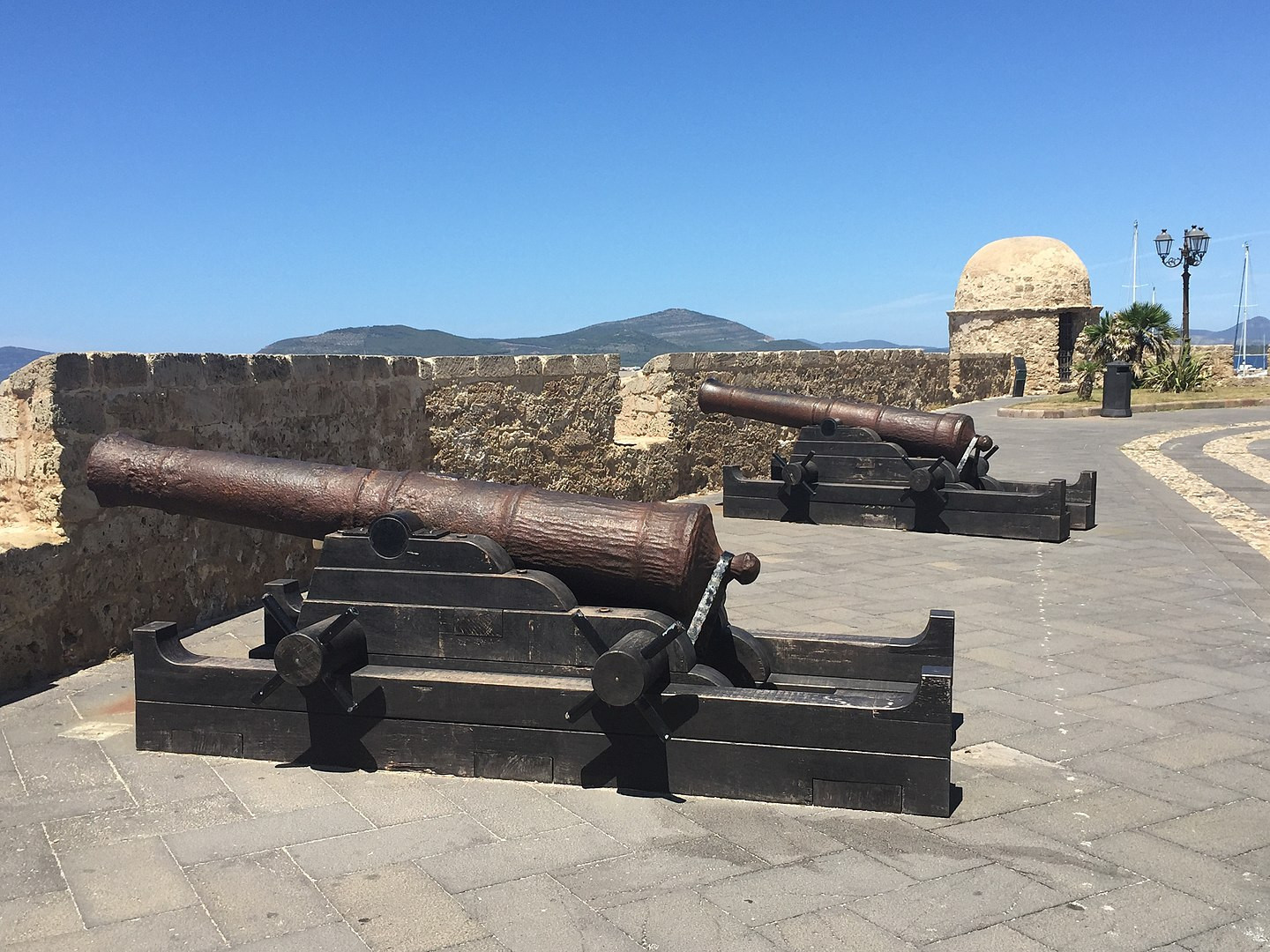 Along the walls there are seven towers and three forts: the ramparts offer a splendid walk around the old town until you reach the waterfront. You will encounter the ramparts of the Catalan-Aragonese era starting from Piazza Sulis, passing through the Juharia and onto the Customs Quay.

A walk through the historic center of Alghero reveals all of the charm deriving from the different dominations that have taken place in the city and on the island. Each of these has left traces of its passage in the architecture, in the works of art, and in the layered styles between the streets. You can see the evidence imprinted on the facades of the buildings and preserved in the characteristic urban layout.

From the Cathedral of Santa Maria - with its hexagonal bell tower - to the Church of San Michele, from the colorful majolica dome, passing through the Gothic, Baroque and neoclassical beauty of the noble palaces, Alghero exudes the charm of the peoples who came from the sea. They came to remain - coming and going - just like the destiny of  these particular sea locations require. In the end, it’s about being open to other cultures.

The Dante Boardwalk overlooks the waves, and is a place where one can enjoy the beautiful sunsets framed by the typical houses of fishermen and "corallari" which are whitewashed or painted in different colors. 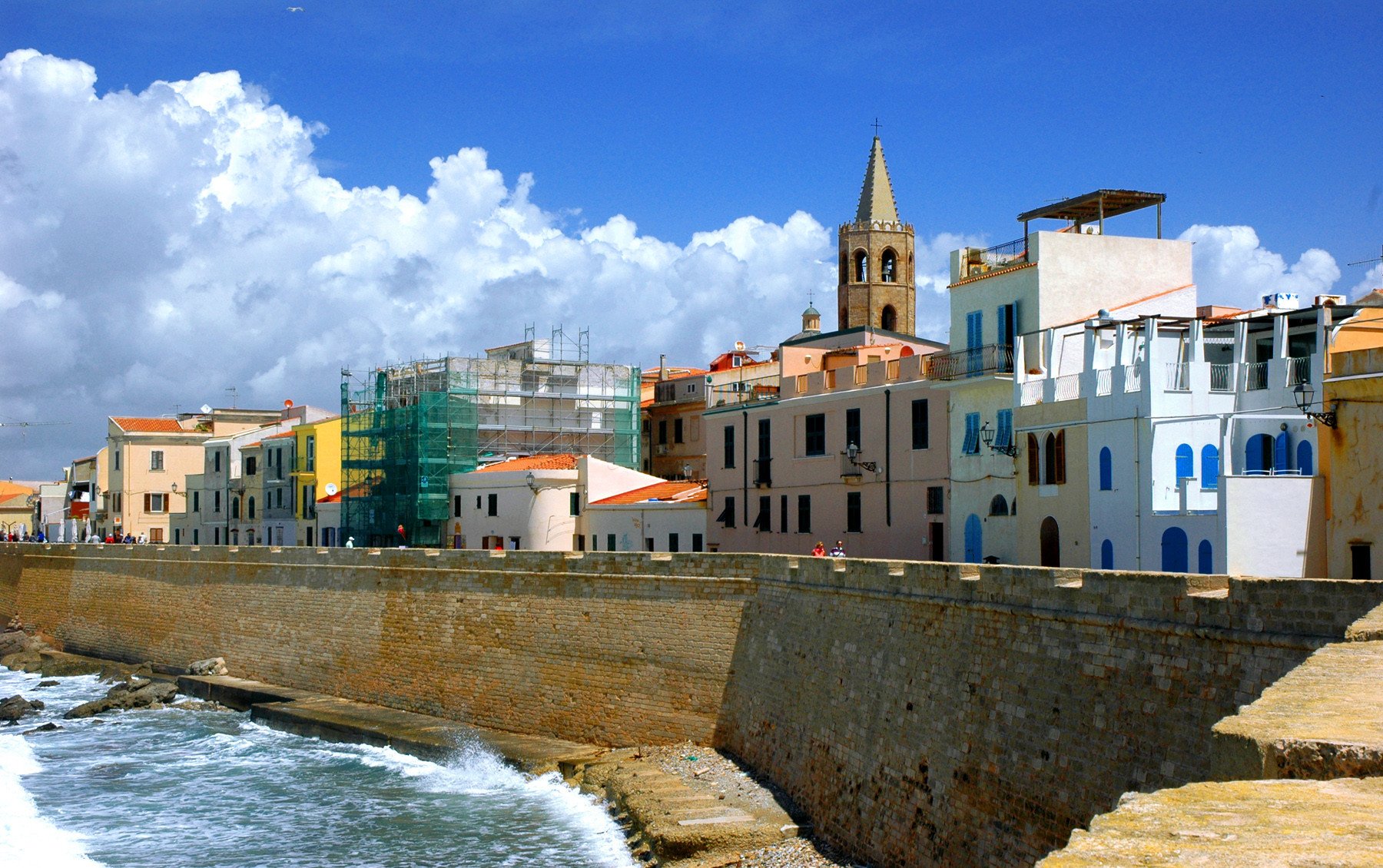 Taking a dive amongst the corals

The Red Coral of Alghero are fished in abundance by the underwater "corallari" who, with this secular activity, represent one of the most important economic and cultural forces of the city. This coral is featured at the center of the city emblem with an articulated branch.

The history of this coral is the tale of Alghero, told in great detail through splendid pieces of art exhibited at the Coral Museum housed in a beautiful Liberty villa: it is here that the sea is recounted through one of its most precious resources, the Corallium Rubrum.

The trip to Alghero turns into a fascinating journey through the depths of this stretch of the Mediterranean located in a unique marine ecosystem that develops based upon the presence of a very precious living organism. 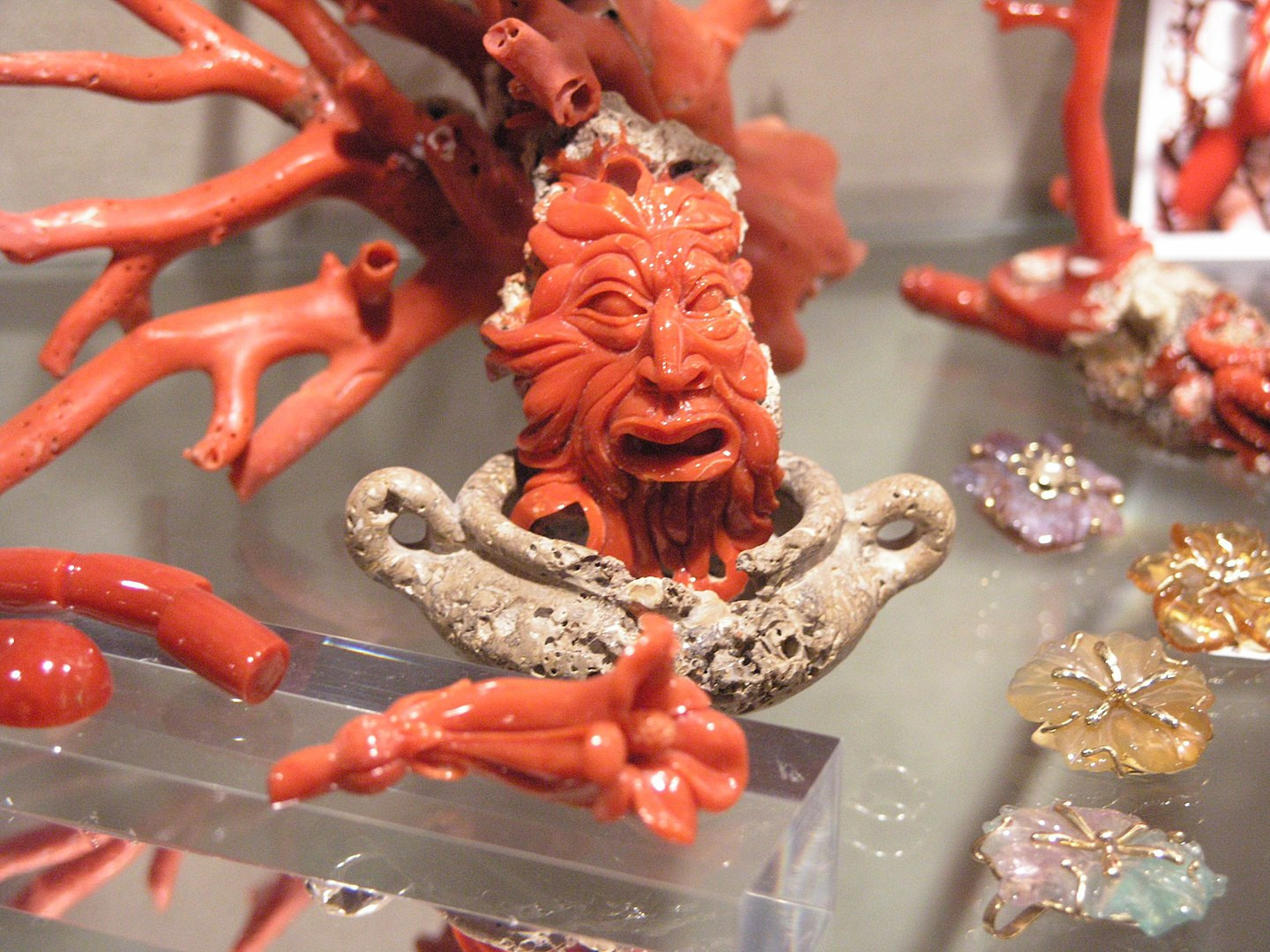 The Marine and archaeological areas

The "Capo Caccia - Isola Piana" Marine Protected Area is responsible for protecting the priceless stretch of sea along the CoralRiviera.

Imposing formations which are capable of reaching a height of over 300 meters located at Punta Cristallo; glimpses of real wonder, such as the Grotta di Nettuno which is accessible by a staircase (Escala del Cabirol) and by sea from the boats that sail from the port of Alghero; the wealth of biodiversity; the possibility of observing and studying coastal environments and hiking at different levels -  this and so much more is the inspiration for a trip to Alghero.

The Necropolis of Santu Pedru, located on the slope of the homonymous hill, contains a dozen tombs of the "Domus de Janas" type ("Case delle Fate”) which are dug into the rock made up of reddish and tufa trachyte. It reproduces the same elements found within the architectural and decorative "living" houses and combines the symbolism of death and rebirth: taurine horns, symbols of strength, fertility and apotropaic elements; traces of red-ocher paint, the color of blood and regeneration.

Our trip to Alghero can only end with a taste of the excellent food and wine of this generous territory which smells of sea and land.

The history of Alghero can be drunk in a glass -  as long as it releases the typical aromas and notes of the Alghero DOC which is produced mainly in the historic Sella & Mosca estate located in Piani di Sotgiu, and where it is possible to visit the cellars and the internal Ecomuseum .

Set up in the same spaces of the estate, the museum is the last stop on a wide itinerary that winds through the archaeological complex, history and tastings.

What should you eat when drinking a Sella & Mosca DOC? The typical dishes of the Alghero cuisine - are a perfect combination of sea, land and ancient traditions: from the "copatza de peix” which is the local fish soup and is a must, to the "paella algherese” which is a perfect synthesis of Catalan cuisine and the Sardinian one.

The bogamarì are the absolute protagonists of the Alghero table: the unmistakable sea urchins with their dark red flesh are succulent and fragrant and can be eaten raw or combined with clams for an unforgettable spaghetti.