It is also possibile to find a shorter Walk of Santiago in Calabria. It is the one that crosses the green heart of the Sila, on the traces of the Abbot Gioacchino da Fiore. Follow the "Gioacchino Walk" with ViaggiArt and discover  the wonderful Gioachimite places together with us!

The Walk of Gioacchino da Fiore amongst nature, history and spirituality

There exists a territory which is immersed in the forests of the Calabrian Sila and the Reventino, that preserves the traces of a precious passage. It is that of the Abbot Gioacchino da Fiore (Celico 1130-Pietrafitta 1202), the third most studied philosopher in the world, and of his cultural inheritance which is a fortune of the Western World.

The Gioachimite spots are placed along a route that crosses the Sila National Park - one of the most beautiful and uncontaminated areas of Calabria where you can breathe the best air in Europe and visit medieval villages with an unaltered charm.

Among these, there are two places in particular which symbolize Gioacchino da Fiore: the Abbey of Santa Maria di Corazzo, located in the Municipality of Carlopoli (CZ) where Gioacchino became an abbot and wrote his main works before arriving to San Giovanni in Fiore (CS), the another Gioachimite place par excellence -  home of the Florense Abbey and the Gioachimita Study Center.

About the Calabrian Walk of Santiago

The Gioacchino Walk -  inspired by the man who was also a great walker -  retraces the salient stages of an itinerary that is good for both the body and spirit, as well as revitalizing wonderful places that seemed destined for oblivion.

The shorter Calabrian Walk of Santiago includes three stages of about 20/25 km each: it startsfrom the Veteran church of Lamezia Terme and ends in Corazzo. You will be welcomed by the ruins of the Benedictine monastery of the eleventh century and by Fra' Guida, the monk who accompanies visitors to discover the location; then you will proceed to Tiriolo, where you can decide whether to take the road to Lorica (with a pit-stop in Bocca di Piazza) or take the "wilder" route which leads directly to San Giovanni in Fiore. 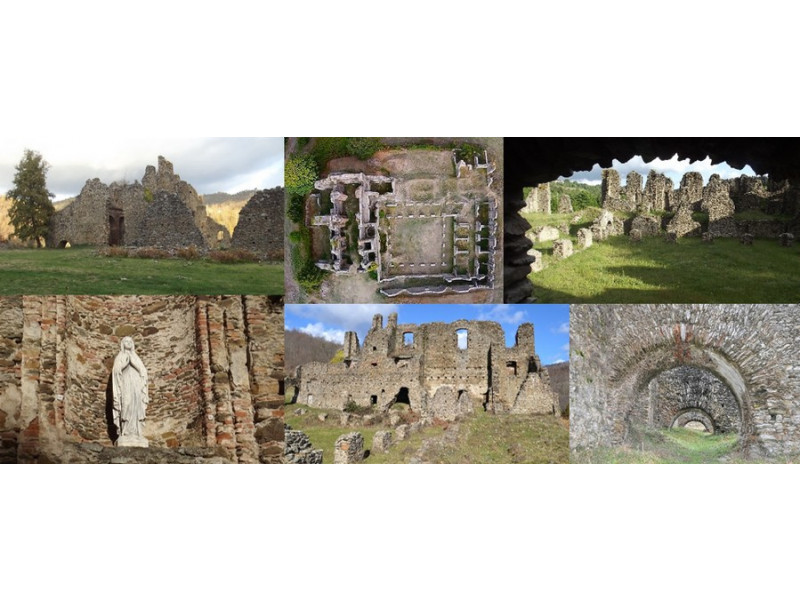 The Calabrian Walk of Santiago and the Gideon Project

Do you think it's a fool's business to create a real Calabrese Santiago Walk? No. Some volunteers, who in 2013 -  thanks to the concession of the lands of the Corazzo on ten-year loan from the Municipality of Carlopoli - brought together under the banner of Gioacchino da Fiore and of the Gideon Project: the forces of the Association Community of Volunteers SS Pietro e Paolo from

Lamezia Terme; the Reventino Mental Health Center of Decollatura; the "New Day Onlus" by Soveria Mannelli and the farm "Apicoltura Miceli", in Lamezia Terme, to create a sustainable tourism project - at no cost -  giving new life to places and communities neglected through the Walk of Gioacchino.

Today, this synergy makes use of an important Memorandum of Understanding with the Sila National Park and of numerous collateral initiatives which, together with the Gioacchino Walk, provide: laboratories, guided tours, cultural barters, yoga classes, education for schools and much more -  in the cultural furrow of Gioachimite philosophy and for the love one has for their own land.

An unforgettable experience lost amongst nature and history, enhanced, as in the best Santiago tradition, by the delivery of the "compostela" to the participants, or the precious parchment that certifies the Gioacchino Walk.

Carlopoli stands at the center of ideal triangle whose summits are represented by three ancient countries of different origins that over time influenced their...