Which is the best rice in Italy? It is not found in Vercelli, but in Calabria! The Rice of Sibari – this real treasure of Calabria has conquered the national podium. It is a typical product of Cassano allo Ionio -  located in the province of Cosenza - which pays tribute to the entire region and to its millenary tradition linked to the peasant culture, and which today is considered a delicacy of the Italian gastronomy.

How and where Sibari's Rice is born

Today's journey is guided by good food, and of the discovery of a territory that transmits the ancient soul of a glorious past to its crops: we are talking about the Sibarian Plains where we can apparently find the best quality rice that is produced in Italy.

Sibari's Rice is the result of the cultivation of an annual plant, the Oryza sativa, which was actually discovered thousands of kilometers away from the thriving plain where today we can encounter it in its best form -  nonetheless than on the Himalayan mountain range. It is widespread in the Middle East, Africa and Europe.  According to some historical sources, this particular Himalayan rice reached the extreme layers of southern Italy, and found this territory to be an ideal habitat, although the climatic conditions were diametrically opposite from the original. 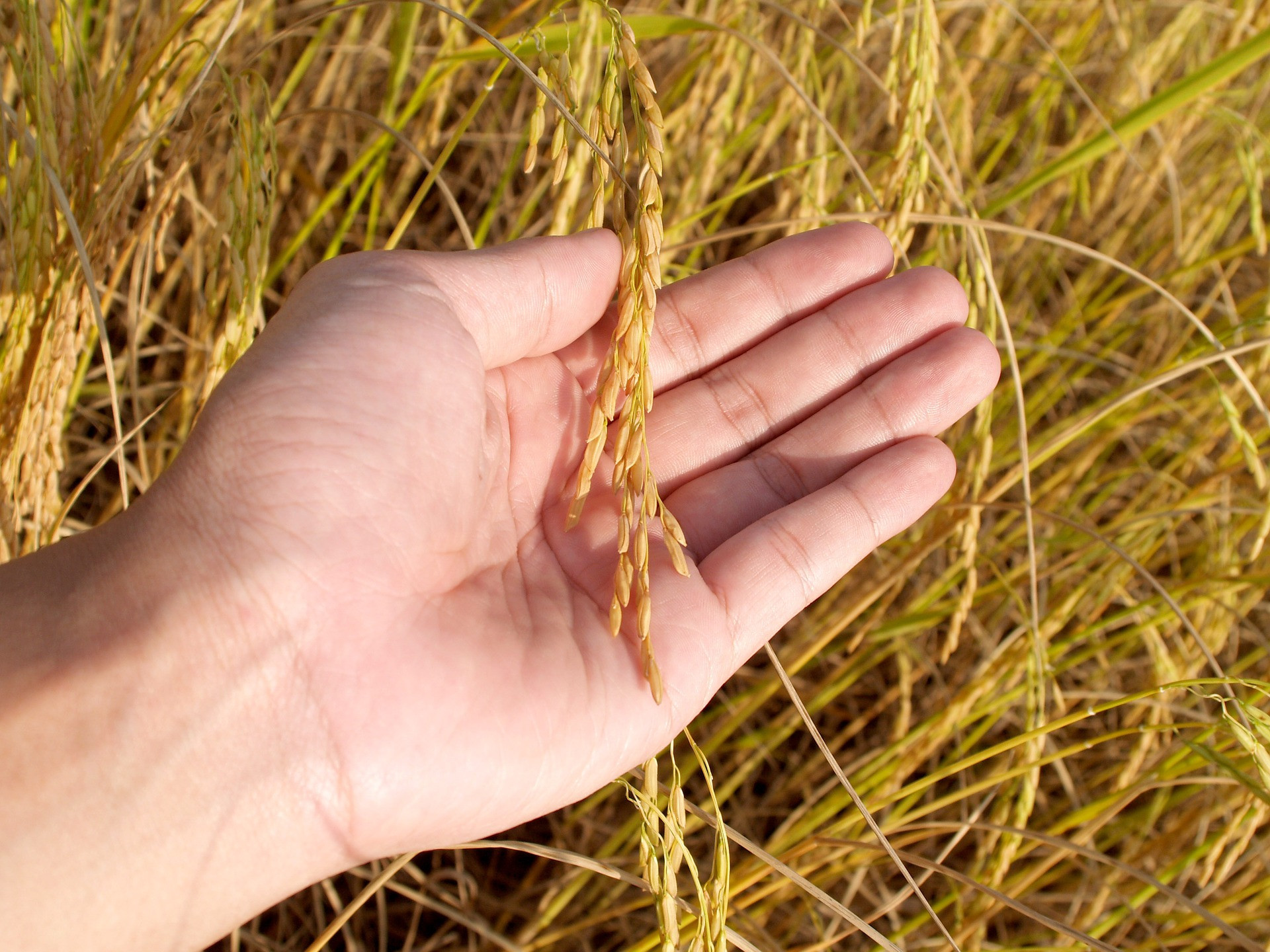 The cultivation of Sibari's Rice covers about 600 hectares of land throughout the entire plain, positioning itself on the national and international markets as one of the excellent products contained within the Calabrian agricultural sector, as well as the main ingredient of delicious traditional and re-elaborated recipes.

The quality of Sibari's Rice and its organoleptic properties are recounted in the dish that contains the archaeological history of a unique territory which conquers every palate and, last but not least, maintains the trust of the consumers who appreciate its genuineness and versatility in the kitchen as the foundation for countless recipes.

Characteristics of Siubari's Rice - the white gold of Calabria

"Sibari's Rice" is how it's written, but what we read between the lines is,"high quality Calabrese material"!

There are numerous organoleptic characteristics and peculiarities that make Sibari's Rice the best rice in Italy. In addition to being cultivated in the Calabrian territory, it is also produced and manufactured in Calabria utilizing only artisanal methods: after a bit of hulling which is not at all invasive, Sibari's Rice reaches the Italian table while maintaining its beneficial qualities and its strong, intense flavor -  synonymous with the words 'high quality' - and derives from a land with an unmistakable Mediterranean character - which strongly distinguishes Sibari's Rice from those kinds that are typically found in northern Italy.

According to the experts' opinion, in fact, Sibari's Rice is a much more savory product than the other types that are found on the market. This is thanks to the influence of the sea salt that also pervades the soil, and to the particular microclimate in Calabria; these elements classify this quality of rice as unique, therefore among the most sought after in Italy.

There are different types of Rice from Sibari: starting from the classic Carnaroli -  which keeps best during the cooking phase, to the Whole Wheat type - which preserves all of the benefits of the unrefined grain, passing along to the most valuable qualities of the Aromatic type - which releases a body of intense aromas while it cooks, and lastly, to the "Nero" type – which is enriched with natural antioxidants.

Since 2006, the cultivators have also been directly involved in the successive phases - from the planting to the packaging - thus managing to maintain the originality of the product during all of the phases of the production and therefore guaranteeing complete control. 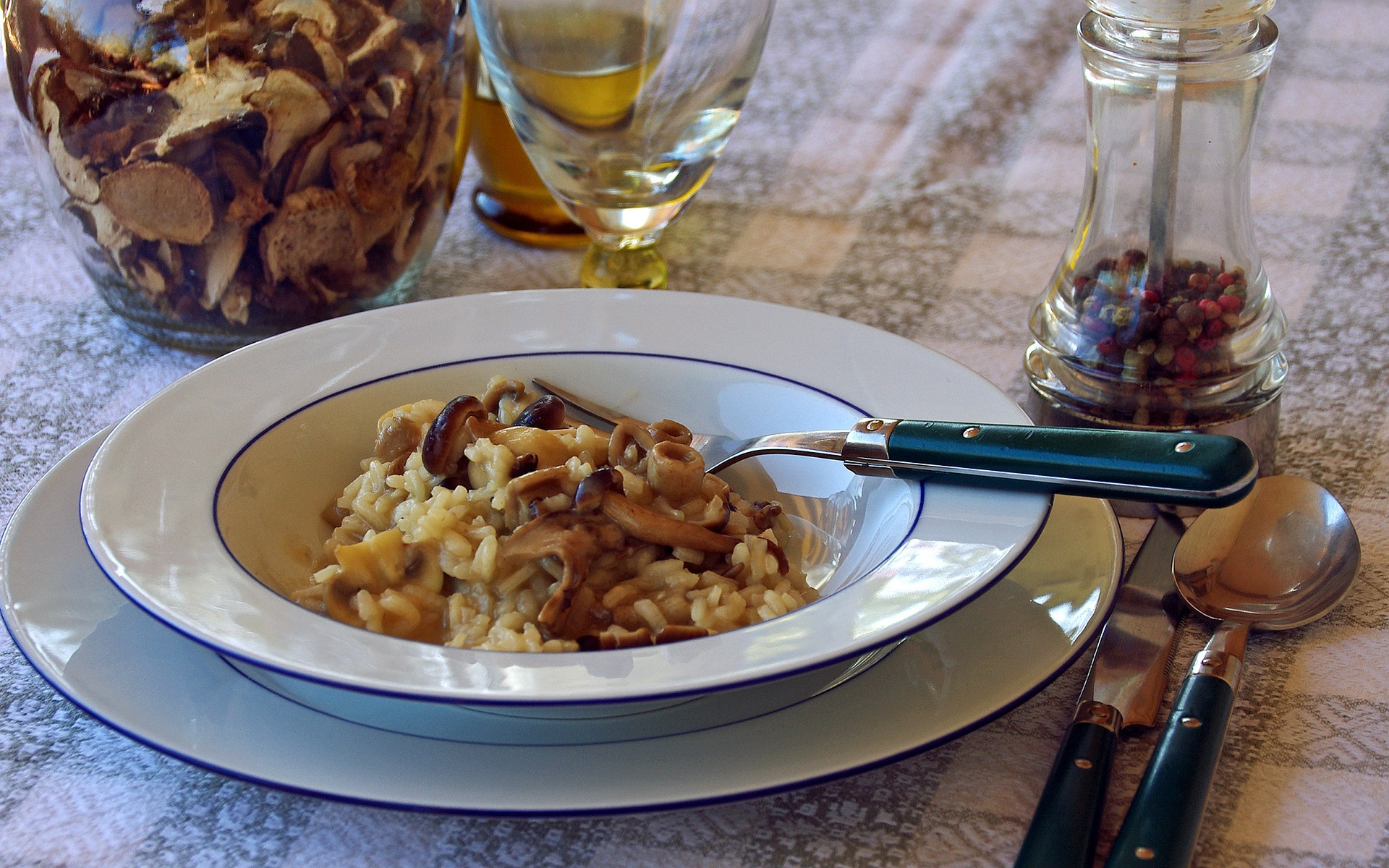 How to eat Sibari Rice: the perfect recipe

If you are curious about the right recipe for Sibari Rice, ViaggiArt is happy to "provide you with the answer on a silver platter"!

The mousse
Make a béchamel of 50 g. and add 100 g. of caciocavallo.  Mix everything together and pour into the siphon.

The risotto
A base of shallots 40 g, brown and add 320 g. of rice and toast it, deglaze with 10 g. of white wine and let it evaporate. Add vegetable stock and cook slowly. Halfway through the cooking, add the mushroom sauce. At the end, let it rest for 2 minutes, then stir in 20 g. of cold butter, 20 g. of parmesan, pepper, chopped parsley and extra virgin olive oil. Place the risotto in the center of the plate with a bit of the parmesan mousse.

At the center of the luxuriant plain where Sibri's Rice is produced,  and where a trace of some of the oldest Calabrian settlements is preserved, the town of Cassano allo Ionio is the ideal starting point to discover the beauty and the bounty of a territory that is definately sun-kissed.

The traces  which relate to the foundation by the enotri from Cossa Enontria, located at the mouth of the Eiano stream, date back to the 14th century BC. With the foundation of the Greek city of Sybaris, in 720 BC, Cassano became one of the 25 cities under its control. It was rebuilt under the guidance of the architect Ippodamo, and it later passed under the control of the Romans. In 1054 it was occupied by the Normans and later by the Swabians.

Many are the wonders that must be visited in the city of Sabari's Rice: from the Cathedral dedicated to the Nativity of the Virgin, to the flagship in the Marina:  the excavations of the Archaeological Park of Sibari and the National Archaeological Museum of Sibaritide - exhibit the finds of one of the richest and most important cities of Magna Graecia.

The area of the Archaeological Park is divided into sectors, each identified by the name of the excavation site: "Parco del Cavallo", "Prolungamento Strada", "Casabianca" and "Stombi". In the "Parco del Cavallo" you can find the most significant remains of the Roman age: a neighborhood organized in two large plateiai and a theater; in the "Casa Bianca" area, instead, there is a section built in the 4th century BC containing a circular tower.