Catania is an ancient port city found at the foot of Mount Etna. It is rich in history, art and culture. However, it is impossible to visit the wonders of this city without being tempted by its cuisine that is famous all over the world.

The corners of the squares and the streets of the historic center are full of restaurants, trattorias, pastry shops, kiosks and cafeterias that invade the area with their enticing fragrances while offering great dishes that derive from the Catania tradition.

Choosing where to eat in Catania is difficult, especially if you have little time to visit it and would like to taste a bit of everything. ViaggiArt offers you a mini guide of what to taste in this baroque city, including the specialties that you absolutely must not miss.

Where and What to eat in Catania

From traditional "putie" (trattorias) to seafood restaurants, there are many places to eat in Catania. You will find something to fit every budget and that is able to satisfy every taste.

Let's start with the appetizers because the the first thing to try is the Arancino made in Catania. It is a sort of giant rice ball, strictly fried. In the heart of the ball we find a succulent ragù. The arancino (in Catania it is male!) is a product that every town in Sicily claims as its own, but the peculiarity of the one from Catania is its inverted cone shape designed to pay homage to "a Muntagna" - that's how its inhabitants call the great volcano.

Where should you eat this delicacy? The most famous place which stays top of the charts for years is Savia. This pastry shop has conquered everyone with its savory product. It is located right in the center, at the corner of two historic streets: via Etnea and via Umberto I °. Always on Via Etnea, and not too far from the first place we suggested, you can find another pastry shop called La Spinella, renowned not only for its desserts, but also for the arancini.

The Queen of all Pasta Dishes

After having tasted this fantastic appetizer, we can move on to the first dish: the undisputed queen of Catania's first courses is pasta alla Norma - simple yet very flavourful at the same time. It was the well-known Catanese playwright Nino Martoglio who gave the name to this dish which consists of macaroni seasoned with simple tomato sauce and fried eggplant, enriched with a nice sprinkle of salted ricotta and fresh basil.

Martoglio compared this inviting pasta dish to the masterpiece “Norma" which is a two-act opera by Vincenzo Bellini, and to which the Teatro Massimo of the city is also dedicated. A good pasta alla Norma can be eaten in one of the typical puties, like the Nuova Trattoria del Forestiero in via Coppola located in the city center, or in via Empedocle at the Trattoria Da Peppino. 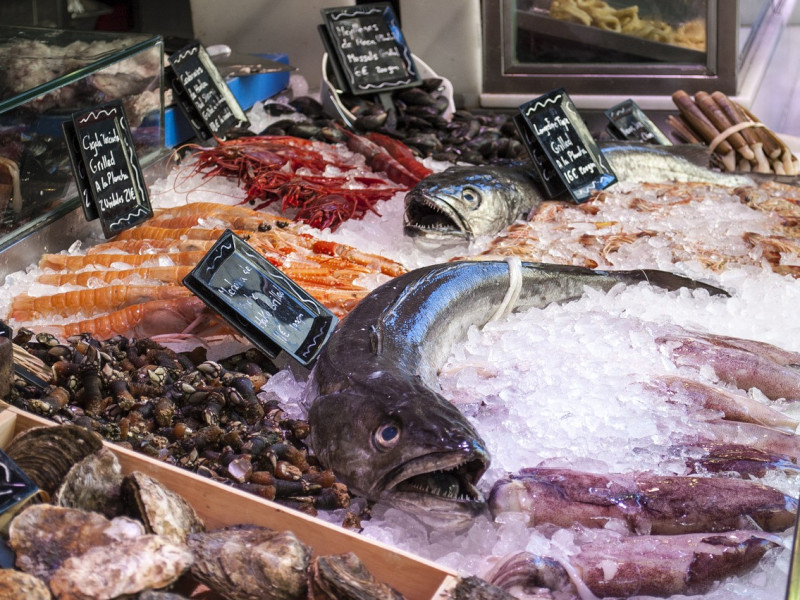 A mandatory tourist destination for those visiting Catania is definitely La Pescheria! The typical fish market of this city is a place full of charm. Here you can enjoy the freshest catch of the day in one of the many adjoining taverns such as La Paglia located in Piazza Pardo. This place has served only a few of the simple dishes typical of the Catanese cuisine such as octopus salad or spotted sar-dines for generations.

The Scirocco Lab is highly recommended for delicious take away fried fish, while for special revisi-tations of traditional dishes such as the "carbonara impazzita", or a plate of spaghetti with mussels, turmeric, bottarga and lemon zest, you can rely on the Trattoria Mm.

We must return to the places where we started off on this journey, or rather,  at the pastry shops where we previously tasted the famous arancini. In these particularly sweet places you can't absolu-tely refuse the classic cannoli - the most famous Sicilian sweet in the world.

But the real specialty in Catania is the minnuzze of Sant’Agata. This sweet was born to pay homa-ge to the patron saint of the city. Her breasts were torn for not giving in to the Quinziano advances. Le mine di San'Agata are small Sicilian cassata that resemble the shape of a breast with a nipple formed by a cherry.

Catania (Italian: [kaˈtaːnja] ( ); Greek: Κατάνη [katánεː]; Latin: Catana [ˈkatana] and Catina) is an Italian city on the east coast of Sicily facing the...